Guess what, that’s totally normal. Unless you’re a monster (yep, quite a nice way to detect them by the way), you can’t hear that “delightful” sound… that sweet melody, tooootally out of tunes: the sound of the “fish choir”…

But it’s not a big deal to not hear it…I mean, look at those faces, it’s like you can almost hear them! 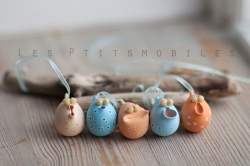 I agree, I can spot some not singing at all or just pretending…but hey, we can’t blame them… We’ve all done the same 🙂

If you want to see some more, I invite you here…

And if you feel like knowing a bit more about the silly fishes, and in the same time discovering plenty of very talented polymer clay artists, I invite you to read Polymer Clay Daily from Cynthia Tinapple 🙂

Have a great Sunday people!

Did I forgot to mention the winter sales? Maybe.

Using the code : WINTERSALE on your order, you get a 25% discount per items. Until the end of the month.

Go and check it out! 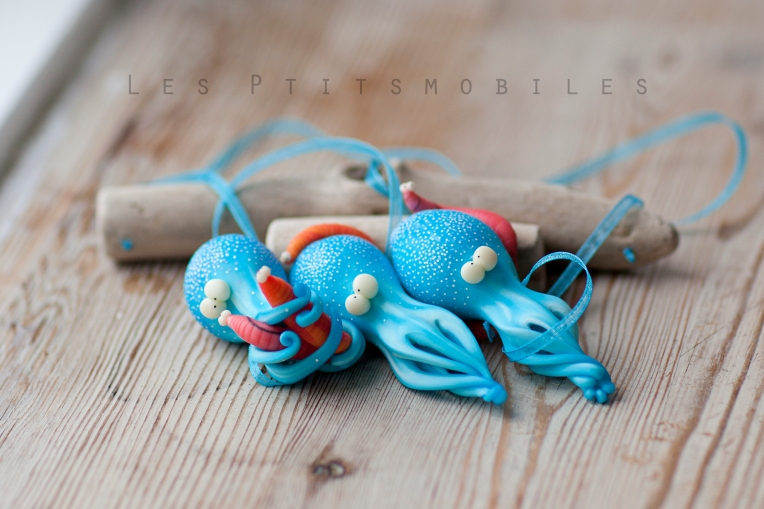 Let’s just pretend that you’re asleep, in your warm bed, when suddenly you get disturbed by a creepy monster, or just a nightmare, whatever. Very annoying indeed. But I have a solution. The narwhale. Narwhales have a loooooooong pointy “tusk” which actually is one of there tooth which forgot to stop growing. The meaning of that long tooth is to actually sense stuff around just like a thermometer would mesure the temperature, the tusk would mesure ions and “feel” the food around, like “oh gosh it smells like bacon here!!”, yeah, that’s what the tusk would mesure. But in my world, it doesn’t only detect and probe the food, it also POKE MONSTERS! Yes, it pokes them, skewers them (gently), and when the tusk is full, they sneeze a BIG time, and blow them away. I haven’t seen it myself, but I have been told.

So If you feel like getting one of the narwhale mobile, here you go.

And you’ll also find some sweet sweet whales:) They don’t have any tusks, but they do smile a lot, and unfortunately, they don’t really brush that often their teeth (don’t do that kids!), and end up having a very bad breath. Which is a very good weapon to keep a certain distance between monsters and you. You won’t be bothered by the smell, though if you see that the whales are making weird faces, it might be because they are bothered by each others breath (or their own…), but they will for sure be efficient against creepy stuff.

They look cute though, don’t you think?

I stop you right away! Do not expect these fishes to sing you lullabies to help you fall asleep… First of all you won’t hear anything and second of all, that’s certainly better that way.

Yes, they look cute, but their voice is terrible. They use ultrasounds to sing ultrasongs, which will scare away your most terrifying nightmares! Yes, they sing THAT badly. But hey, then you can really sleep like a baby. So kids, don’t be afraid anymore, with these fishes around, you’ll make the most beautiful dreams! 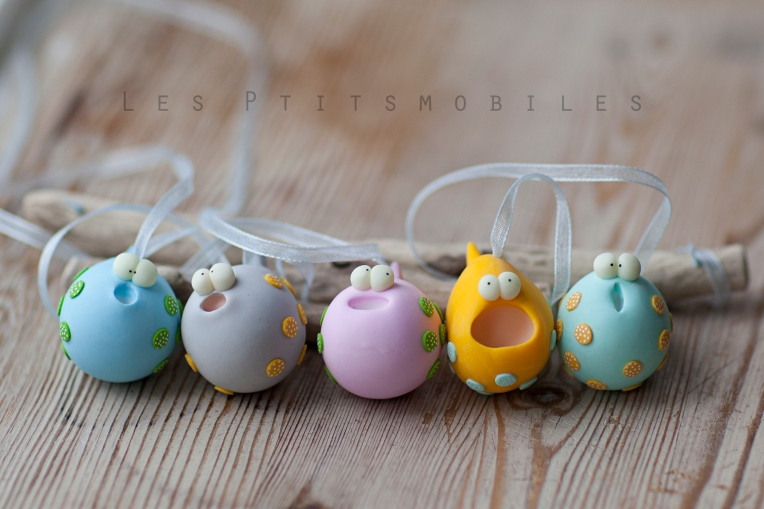 Ps: For people use to travel, it’s better not to bring the mobile on the plane. There’s no “airplane mode” button. And if someone is having nightmares, they will start singing… you might end up doing loops…

Ps2: For people living next to the sea, it’s better to put the mobile as far away from the window as possible. You don’t want to end up with a submarine in your garden. 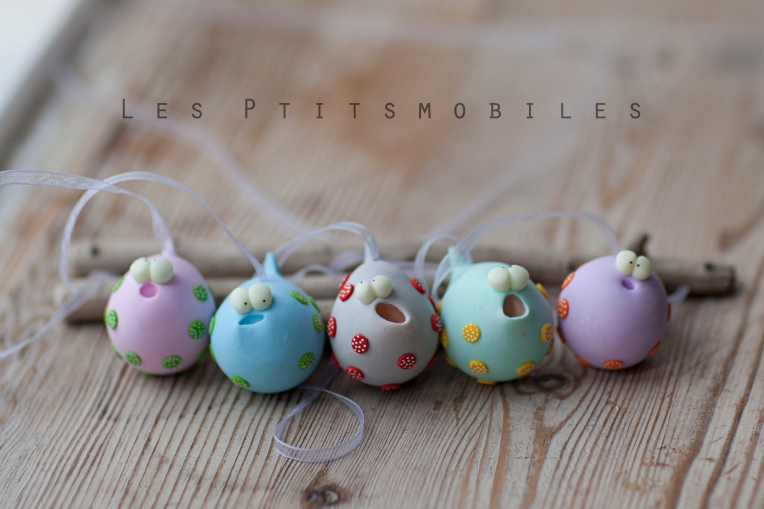